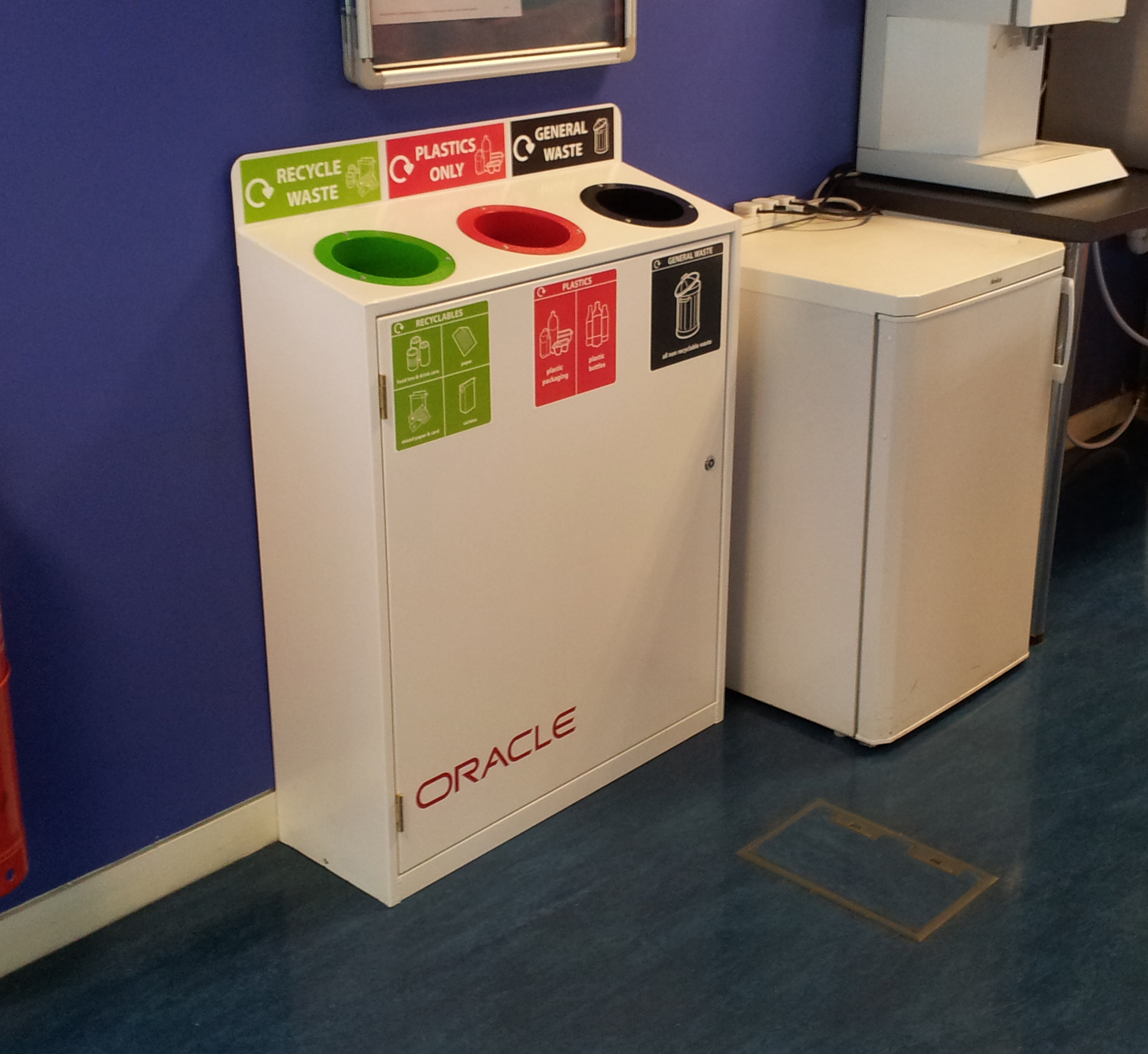 Waste prevention in the office

Recycling has a number of environmental benefits, including reducing the amount of waste going into landfill, reducing pollution and conserving natural resources. It can also help businesses save money and improve their corporate social responsibility.

However, despite these benefits, there is still over 100,000 tonnes of contaminated recyclable material that goes into landfill each year in Ireland, according to the not-for-profit organisation Repak.

Repak, which subsidises the collection and recovery of waste packaging across the country, found that while 90% of people in Ireland recycle on a regular basis, over 53% are not sure what can and cannot go into their recycling bin and 65% are unaware that one contaminated item can contaminate an entire recycling bin. Additionally, 50% of people said they don’t recycle due to a lack of facilities.

This is particularly an issue in office environments, where recycling bins are often too small, not easily accessible or are confusing to use.

In an office, people are busy and frequently stressed, so motivating them to recycle is already difficult. However, it can be made harder if they don’t know what products are recyclable and which colour bin to put them in.

To overcome this, it’s important that recycling bins are easy to use and easily identifiable. Additionally, recycling stations need to be located in centralised locations that will make people conscious of their waste habits.

While placing recycling and waste bins at each desk or work station is convenient, this does not encourage people to stop and think about what they’re putting into the bin. In order to create a culture of office recycling, there needs to be behavioural change within the business and centralised stations encourage this.

Once a business has decided to take charge of their waste and urge more employees to recycle through the use of communal recycling stations, it’s important these stations are used correctly to ensure the benefits are not wasted.

This is why Paragon Products offers a range of recycling stations that can be used to dispose of everything from general and organic waste to paper, plastics and aluminium. These stations also come in a range of sizes, can be designed to business specifications and have areas to incorporate company logos.

Benefits of recycling for businesses

Paragon Products recycling stations provide two key benefits to businesses, they are easy to use and can help companies save money.

One of the barriers to people recycling in an office is that they don’t know what products are recyclable and what colour bin they go in. Not only does this discourage people from recycling but it can also lead to recyclables ending up in landfill because materials have not been sorted and separated properly.

Paragon Products uses recycling stations with multiple compartments, labelling, signage, graphics and colour coding options that make it quick and easy for people to separate and dispose of waste efficiently.

The multiple compartments in these stations are known as multi-stream or source separation recycling and not only make it easier for employees to recycle but also ensure more recyclable products are actually being recycled. With multi-stream recycling, there is a lower risk of materials becoming contaminated and ending up in landfill, and the quality of materials recovered from multi-stream systems is higher.

Some of the financial benefits of recycling for businesses include:

As recycling in an office environment increases, it is assumed that the amount of waste disposal will start to decrease. And since handling and managing waste is expensive, reducing the amount of waste a company sends to landfill will result in large savings on landfill tax.

Some of the environmental benefits of recycling for businesses include:

Paragon Products recycling stations are also designed to be used in centralised or communal areas rather than as individual desk bins, which further encourages efficient recycling.

The positive effect centralised recycling stations has on employee recycling habits was demonstrated in 2013 when e-commerce website Etsy removed individual waste and recycling bins from its headquarters in Brooklyn, US and replaced them with communal stations. As a result, the company said its waste dropped 19% and its recycling rate went up 20%.

While there may be extra costs associated with starting a recycling program in an office environment, the long-term savings and benefits will be invaluable, especially as companies come under increasing pressure to implement green business practices. Having the right recycling station is crucial to ensuring a recycling program isn’t just implemented but is effective and efficient.